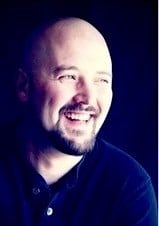 Jeremy has taught plenty of talent ranging from rock stars, pop stars, actors, speakers, Euro Vision contestants, American Idol contestants, an X Factor winner, and celebrities. A past VIP Certified Instructor and formerly trained Level 2 Speech Level Singing Teacher with experience in recording and performance, Jeremy’s background in Psychology and vast knowledge of the music industry/technology has made him one of the most sought-after instructors in the USA.

Jeremy has a strong background in music. He majored in music in college and his strong DIY attitude helped him find knowledge in areas ranging from voice to digital distribution, music theory, recording, online promotion, marketing, design and development and of course, the music business. These are topics that Jeremy still researches and enjoys learning about to this day.

He has helped successfully consult artists and companies in the right direction regarding branding, online marketing, advertising, affiliations, design, development, and promotion. Of course, his real passion is learning more about the human voice and how it works.

Jeremy also worked in the field of Psychology starting from 1996 through 2005. Comprehension of many aspects regarding psychology and the human mind has really helped mold Jeremy into a highly effective teacher/instructor.

” I’ve worked with students ranging from 3 to 75 years old and have taught many styles. The beauty of my teaching technique is that there is no definitive style. This allows the singer to progress forward vocally without altering their own unique style. I believe in a friendly, caring, positive environment and approach to teaching that is both relaxed, effective, and highly professional.”

Becoming frustrated vocally in his own musical journey, he sought out the best vocal instruction he could find, which led him to the world of Speech Level Singing (SLS) where he studied with world-famous vocal instructors like the legendary Seth Riggs, Dave Stroud, Greg Enriquez, Vanessa Purdy, Jeffrey Skouson, Wendy Parr and others.

SLS was founded by Seth Riggs and put together by a man named Dave Stroud, who helped to solidify the teachings of Seth Riggs, making it possible to share the technique with the world.

Jeremy diligently began studying Speech Level Singing and has been rewarded with the most important outcome of all, a much better understanding of his own voice, his instrument, and his passion for the vocal journey. In 2006, it was suggested that Jeremy learn even more and start to teach the technique. He became a certified Speech Level Singing Instructor and was also personally asked by Dave Stroud to assist with various aspects of SLS.

Dave Stroud resigned from SLS in March of 2010 and started his company DS Vocology which released the breakthrough and revolutionary app, VocalizeU. Jeremy assisted Dave with aspects of DS Vocology and VocalizeU up until early 2014 — and considers him a close mentor and friend.

In January of 2012, Jeremy peacefully resigned from the Speech Level Singing organization as a certified Level 2 instructor. While he still studies the technique and works with other instructors on his own voice, he decided the title was less important than the instrument and wanted the ability to take part and study other aspects of the voice and have the freedom to branch out. He embraces strongly the fundamentals of the SLS technique founded by world-famous voice instructor to the stars, Seth Riggs, and the team of certified instructors that helped to build the SLS community.

As of 2018, Jeremy has a lengthy waiting list of people wanting to work with him at his Peoria, Arizona location and is also in the process of working on several other projects.

If you’re thinking of working with me, but would still like more information, the What To Expect page might help.
Education Highlights

2006 – Began focusing heavily on the voice as an instrument, and became a pre certified SLS instructor.

2007 – Attended the Seth Rigg’s Summer Program in Hollywood, California as one of the instructors.

2007 – Launched a social networking/community project he helped put together for SLS CEO Dave Stroud, and the very talented and highly sought after producer and SLS COO/VP of A&R, Chuck Myers.

2008 – Became a Technical Director for a subsidiary of Speech Level Singing International.

2009 – Attended the SLS Teacher’s Conference in LA and launched a brand new subsidiary of Seth Riggs Worldwide Entertainment. The Beta launch presentation was given with Jeff Oxborrow — Audio Director For Disney.

2010 – Asked to be a semi-finalist contest judge for the largest female artist organization in Phoenix, Arizona.

2010 – Made an international move to work with talent in Europe. Opened Vocalbridge Studio in Slovenia, Europe. Taught at several large festivals in Europe and worked with students from Slovenia, Austria, Italy, Germany, and Croatia.

2011 – Worked with Dave Stroud on the VocalizeU app and assisting with technical aspects for DS Vocology.

2012 – Assisting with various aspects of Vocology In Practice (VIP) for teachers which is aimed at high end education for voice teachers.

2013 – Moved back to the United States and started teaching in Phoenix, Arizona.

2014 – Started teaching in Peoria, AZ near the Arrowhead Towne Center.

2018 – Remodeled the entire studio from top to bottom and added all new equipment.

2018 – Began studying the New Science of Singing coursework in order to test and certify in vocal science concepts and application.

2018 – Assisting with technology and business consultation for the popular VocalizeU event in Los Angeles, California.

2018 – Received certificate of completion for the Contemporary Voice Teacher Academy.

2019 – Continuing to assist with technology and business consultation for Dave Stroud and the VocalizeU team in Los Angeles, California.

2020 – Started developing and working on a local database for Musicians in Arizona.

Jeremy is an outstanding teacher, mentor, and consultant. He has been an encourager and supporter of my daughter Riley for a long time. When we started, we thought her lessons with Jeremy were simply going to be instructional, but we quickly learned he has true care, passion, and heart in every lesson he teaches. Riley has learned not only about how to sing with proper technique but also his vast knowledge and understanding of the music industry has been a huge asset to her development as an up and coming artist. I have watched my daughter grow tremendously during her time with Jeremy. I would enthusiastically recommend anyone who is serious about developing their singing, songwriting and overall music abilities and awareness to work with Jeremy. We look forward to many more years of working with him.
-Doug Engquist-